Paraiba tourmaline is one of the most sensational gems of the decade.  Paraiba tourmaline was discovered in a remote part of the Paraiba state of Brazil, by a tireless geologist who had a vision and an inspiration that he would find something truly unique there.  And he did… 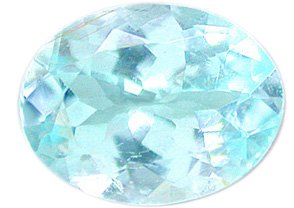 The definitive color of Paraiba tourmaline is a teal – blue color, the best of which is called “windex blue”.  These tourmalines fetch prices in the $10’s to $100 thousands, depending on their size.  However, intensely colored Paraiba tourmalines (bearing copper, at least) have also occurred in pinks, greens and purples.  Often the stones of these colors are heat treated to turn them the coveted windex blue.

The Paraiba tourmalines became so immensely popular so quickly th at, unfortunately for us, the Paraiba mine has been exhausted.  However, another discovery in 2001 was made in Nigeria, where the coveted copper bearing tourmalines also exist.  These are slightly lighter in color, but otherwise indistinguishable.  This is very good news for gemstone lovers and collectors who still have a chance to own one for themselves.