Carnelian is a red micro-crystaline quartz (or chalcedony). It has been used as an ornamental and ceremonial gem for millennium. It is known that carnelian was used by the 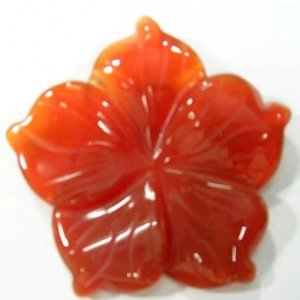 Ancient Romans for their wax seals because hot wax doesn’t stick to the stone. Many fine antique carvings of carnelian can be found. Carnelian is also widey used in jewelry in the form of beads or cabochons.